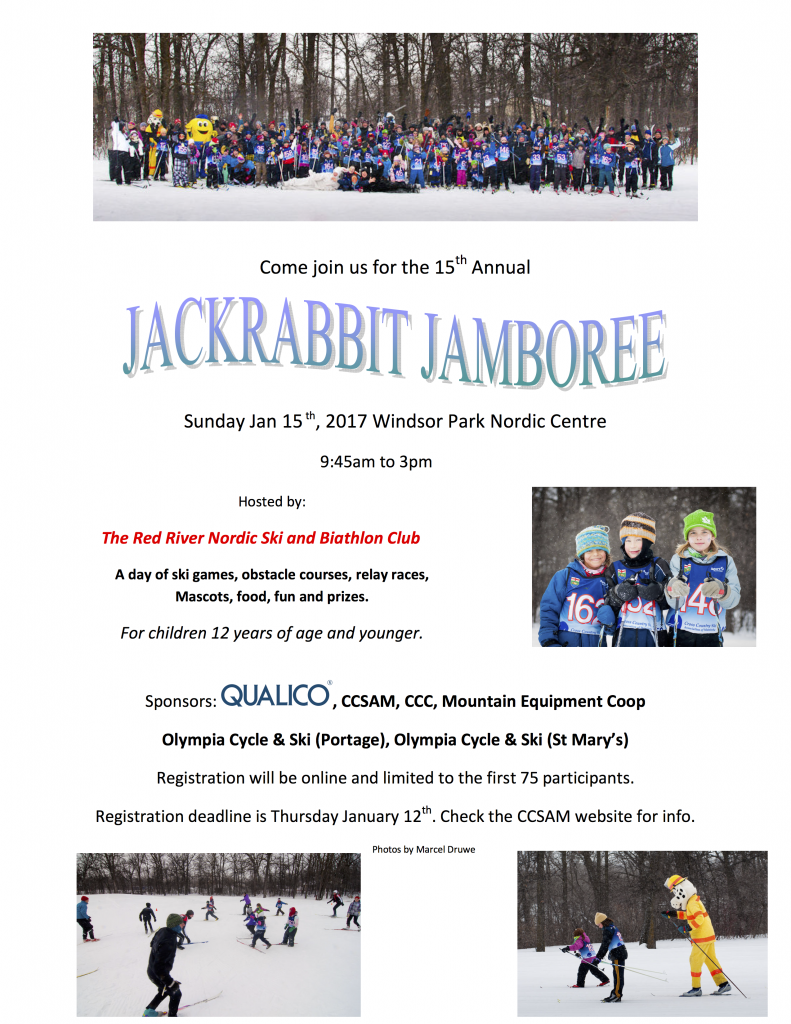 The 13th Annual Jackrabbit Jamboree was held at the Windsor Park Nordic Centre in Winnipeg on Sunday March 1st, 2015.

The event was a great success with 76 children age twelve and under registered and an additional three walk ups! The weather was perfect for this year’s event with daytime temperatures of -8C and a partly cloudy sky. Better weather couldn’t have been arranged!! 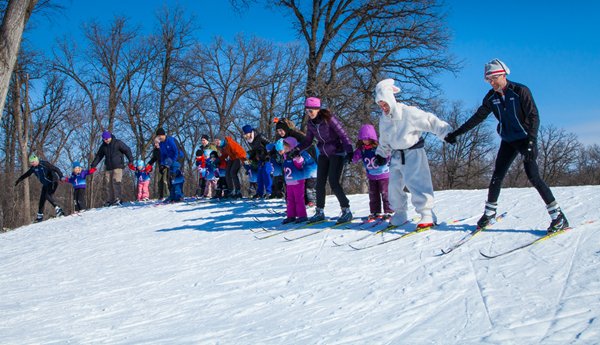 The day began at 9:50am with our “Big Stretch” which was led by Jack Rabbit and BAM the Biathlon Bear. The children then headed out on one of three different Ski Orienteering courses depending on their age. The “middle” course was especially busy this year with thirty three children navigating the course. The middle course is typically composed of the ages 6 through 8. After the children finished, they proceeded to the clubhouse to receive their prize for completing the course. The Red River Nordic Sidewinder and Race Team acted as hosts and helped the children decide on a prize. 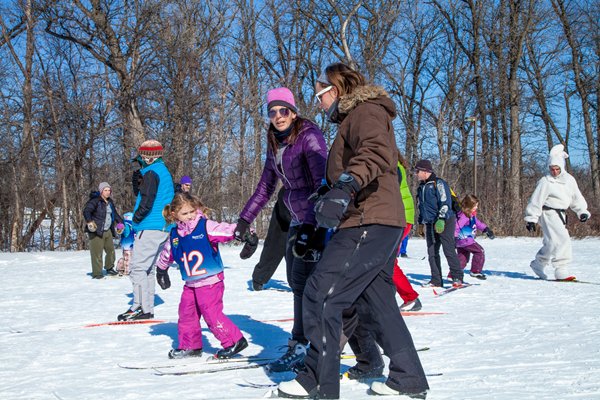 Following a quick breather the children then proceeded to the various games stations set up around the ski course. The Bunny Rabbit’s game station was held right outside the clubhouse to facilitate a quick entrance for lunch before all the older kids came through.  The remaining kids were divided up into three groups and rotated between three game stations on a twenty minute interval. The game stations included “Shark Attack”, “Cops N Robbers”, and a game involving step turns and hoops on a hill along with a dramatic waxing demonstration to improve the skis performance!!

A warm lunch was served from noon to 1pm. This gave us a chance to offer face painting and to hold some draw prizes that were kindly donated by some of our sponsors. Lunch time also allowed some of the kids time to play outside on the small hill in front of the clubhouse and generally enjoy a beautiful day! 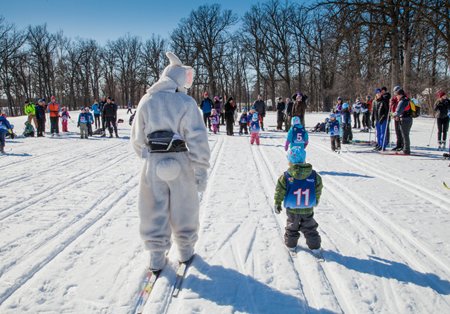 After lunch we all headed out on course for an afternoon of races. The younger children competed in individual and relay races and the older kids participated in an exciting Terrain Park Relay. Between the two groups of races, we held the annual “Mascot Race”. It was a close finish with “Tom the Turkey” just narrowly beating “Jackrabbit” to the line. The children were loud in the cheering section as they rooted for their favorite Mascot. Tom was a new participant in this years race and hopefully will be back next year to defend his title! 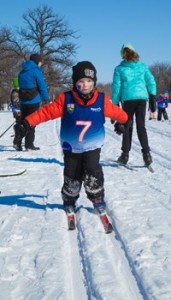 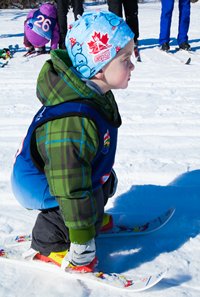 Once all the races were complete, everyone headed back into the clubhouse for some Fruit juice and cookies. At this time, the awards were handed out for the terrain park relay as well as the “Technique Awards”. The event then finished up right on time at 3pm.

Not only did the children registered enjoy the event, but also the countless volunteers who gave their time. The festive mood of this event is always enjoyed by all. We also can’t forget the approximate twenty Red River Nordic Race Team, Junior Race Team and High School Group who helped with the event. These kids age 13 to 20 gladly gave up a day of training to come back and help out at the same event they enjoyed when they were younger.

So another year’s event has passed and we are all looking forward to hosting this great event next year.