Doug Keith, co-owner of the Birch Ski Area, touched the lives of many people in the sporting world.

If you have a story &/or photo to share, please send to info@ccsam.ca and we will add to this page in memory of Doug.

Our friend Doug was a kind, gentle, and giving man who was always generous with his time and support. We met over thirty years ago through convening volleyball at Lipsic Hall. We tricked Doug into coaching us in both volleyball and baseball. Much fun and laughter was enjoyed at Birch skiing, tobogganing, playing volleyball and participating in shenanigans.

Specials weekends were had at Grand Beach where we would pretend to help him with his annual beer volleyball tournaments. 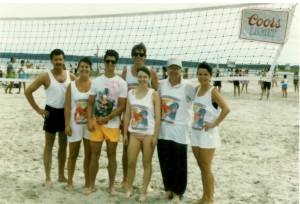 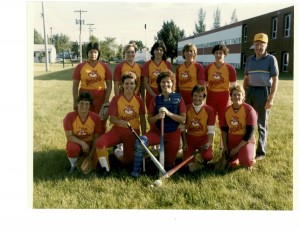 A year ago I made the trek to Birch to visit with Doug. His friendly smile and never ending warm hospitality was as bright as ever! As usual he was in the midst of hosting an x c ski event. I left feeling very fortunate to have shared so many adventures with him and watched his unselfish contribution to our community. A lot of folks do not realize that he was a significant player in much more! He worked for the City of Winnipeg parks and recreation pioneer. He also was a force within the development of the Winnipeg Volleyball League which was the springboard for Manitoba as a volleyball power in Canada. From a social scene perspective he hosted the best damn house parties at his place on WELLINGTON Cres. ( former Richardson home). A true hall of fame builder. More importantly a visionary man who understood the importance of giving back to your community and the value of sport!
Gonna miss him!
Ted Bigelow

[Doug was] a big part of my alpine ski world in Manitoba. Doug was my age and involved with skiing at La Riviere, then Birch at Carmen. I lost track of him when I switched to xc. Our paths seldom crossed after the mid ’70’s. He went to Carmen, and other than a coupe of forays with the JJ’s, he drifted out of my world.
It’s interesting to read his story. His quiet nature was his gift, and his love of the out of doors and skiing constant.
He will surely be missed!
Gord Konantz

Doug Keith is a corner stone in cross country skiiing in Manitoba.
Lotsa folks will miss him and his dedication to the sport.
Lotsa people are healthier because they spent enjoyable time doing ccskiing at Birch!
Thanks,
David Lumgair