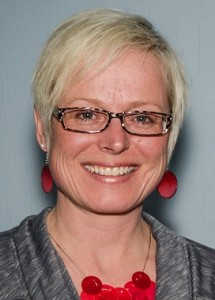 Four legs were replaced by 2 wheels and a pair of skis when Karin returned to Winnipeg to complete a Philosophy degree at the University of Winnipeg and started racing locally on the mountain bike and cross country ski circuit.

Karin is married to James, and their son is looking forward to his 1st year of Jackrabbits in 2011-2012.